Our clients approached us to help them reimagine a house that one of them had built two decades ago on land owned by his grandfather. It was important to both clients that the new house speak in a language familiar to Cape Cod – weathered shingles, deep roofs – and also establish a new, contemporary vocabulary of Cape modernism. This architectural language skips white trim and overhanging eaves in favor of a minimalism that highlights the house’s form set against the Cape sky and in relation to sweeping Atlantic views. The couple both work in the design world – one leads design for a major global retail brand and the other manages design for a prominent exercise company – and their collaboration with us throughout the project was thoughtful and insightful. The result is a project that housed their family – the couple, their son and daughter, and an old Ridgeback – during the pandemic and will become part of the family’s legacy on the Cape.

We took the original house down to its foundation, saving only the floor deck, a portion of the roof ridge, and the chimney. The chimney was updated with white plaster parging on its interior surfaces and the new exterior form of the chimney is now clad in Atlantic white cedar shingles with stainless trim. Most rooms are on the main floor: the children’s rooms sit within a new deep roof to the north, a guest house at the west is connected to the main house by an outdoor passageway, and all public rooms are arrayed north-south, with long views towards the Atlantic. The interior is clad in maple hardwood with hickory floors. Only the master suite occupies the upper floor, giving it privacy and pride of place; the bedroom and bath look due east through large sliding glass doors.

The new pool is created by a board-formed retaining wall at the north that establishes the pool edge and a garden plinth to the east of the house. The family has spent much time on the east deck that hangs off the pool edge, in colder months gathering around the fire pit that centers the seating area. Sheltered by scrub pines and affording majestic views across the ocean, this small outdoor space captures the magic of connecting with the Cape which was the guiding goal of the project from the outset. 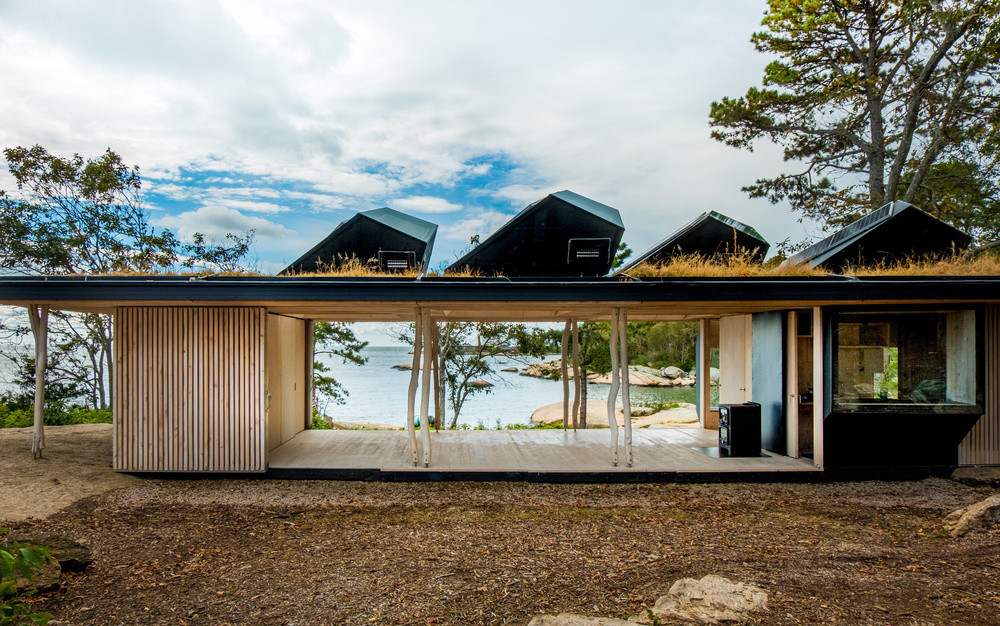 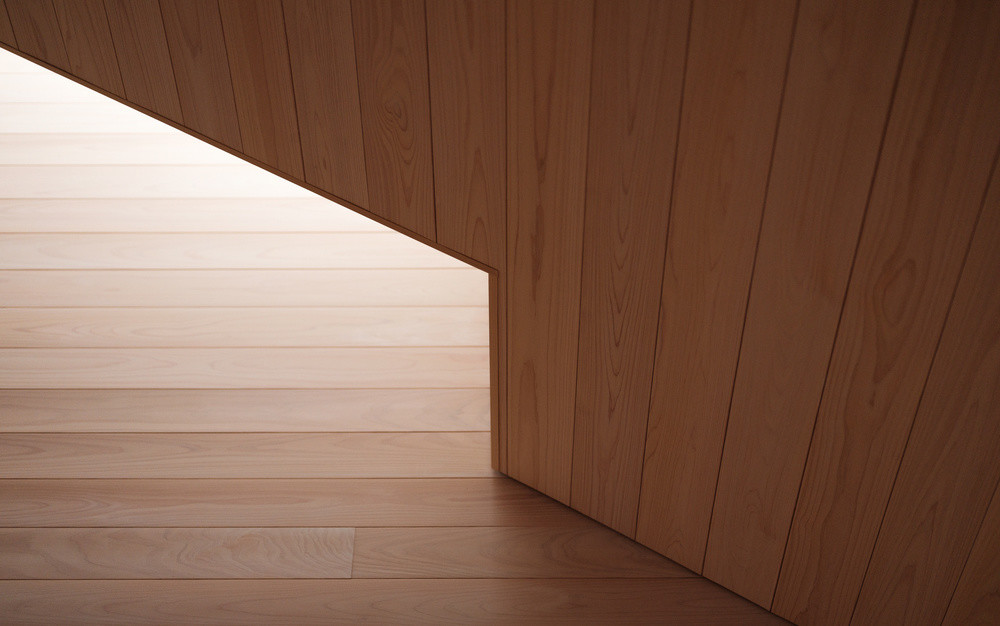 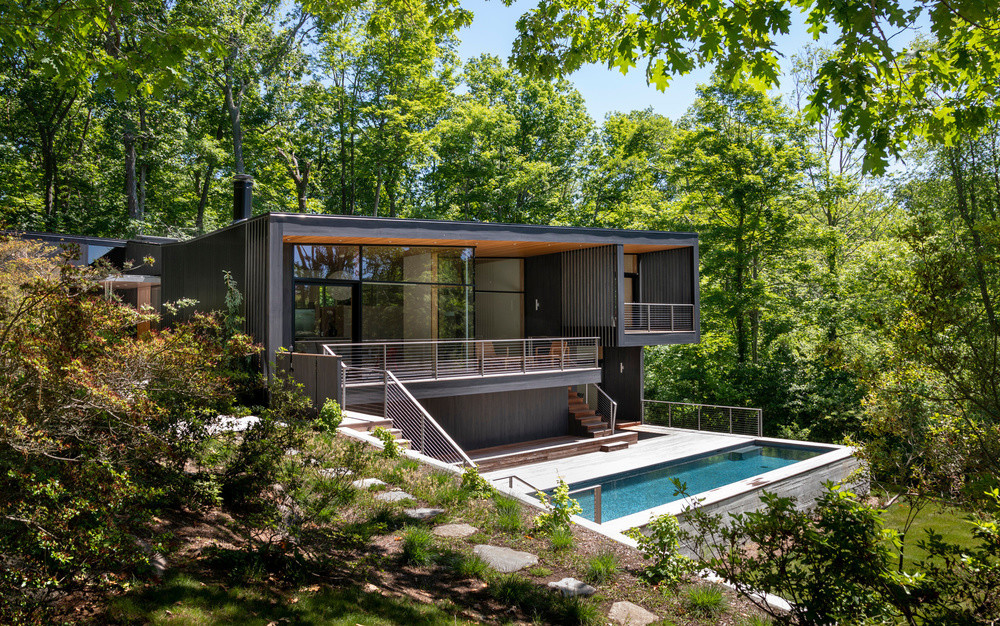 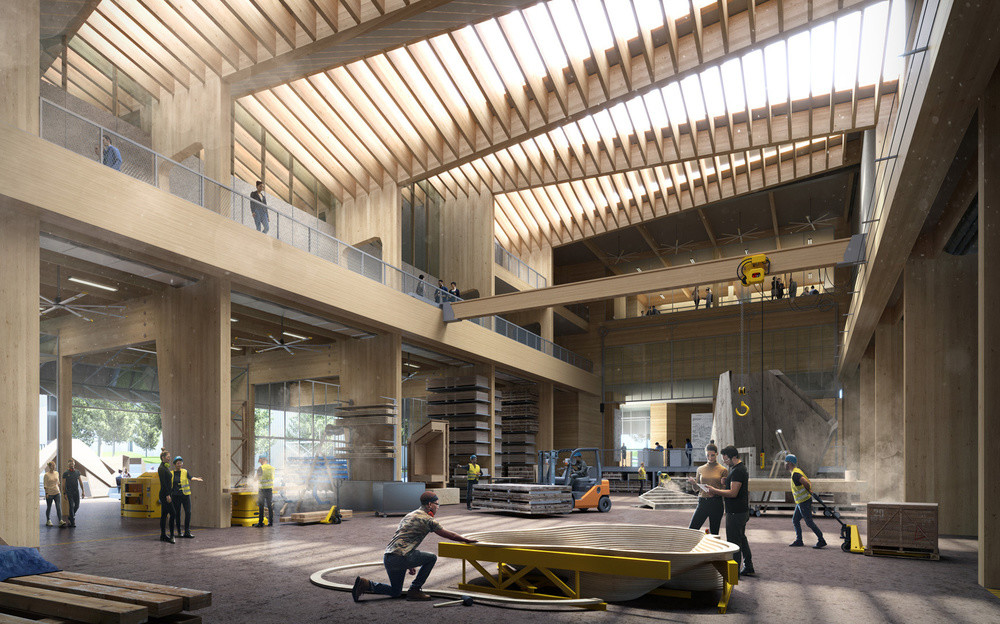 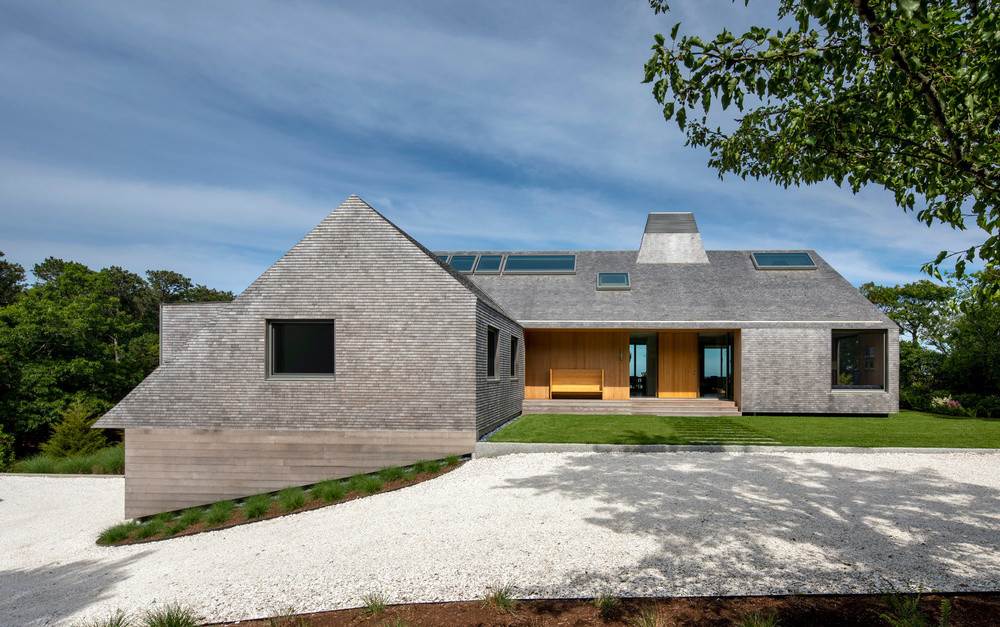 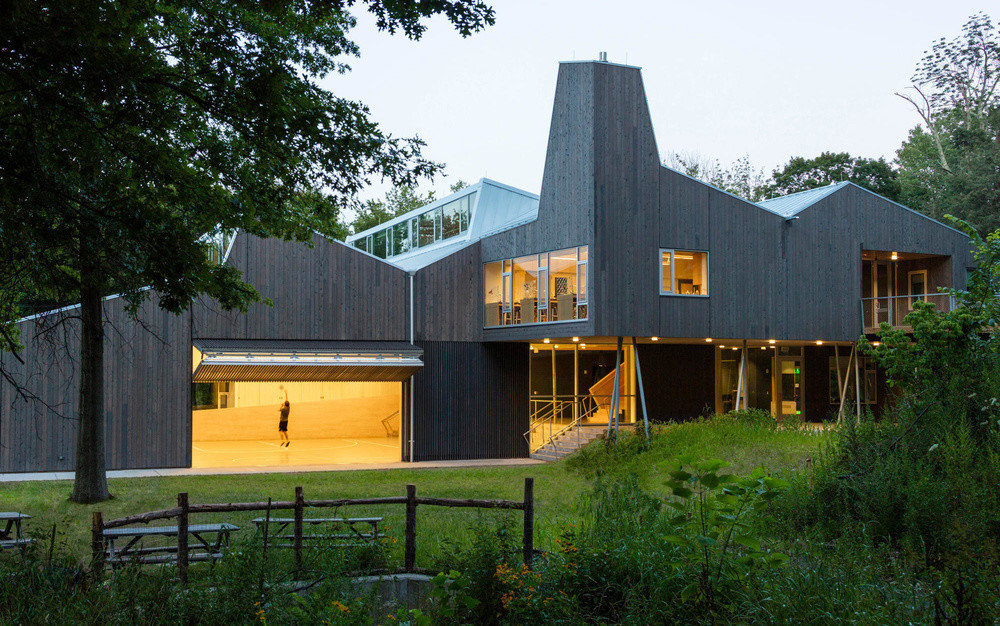 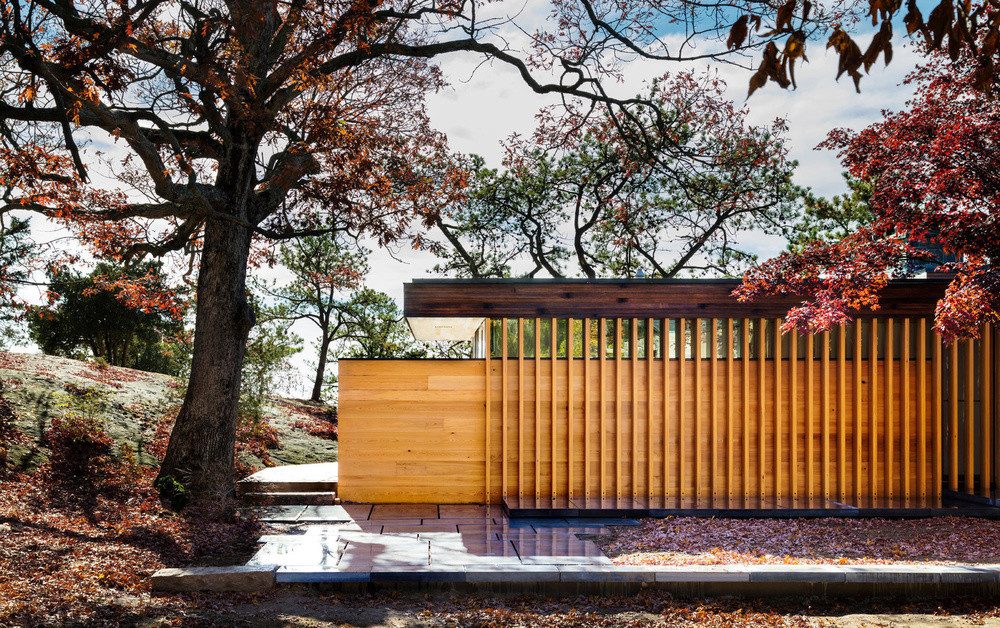 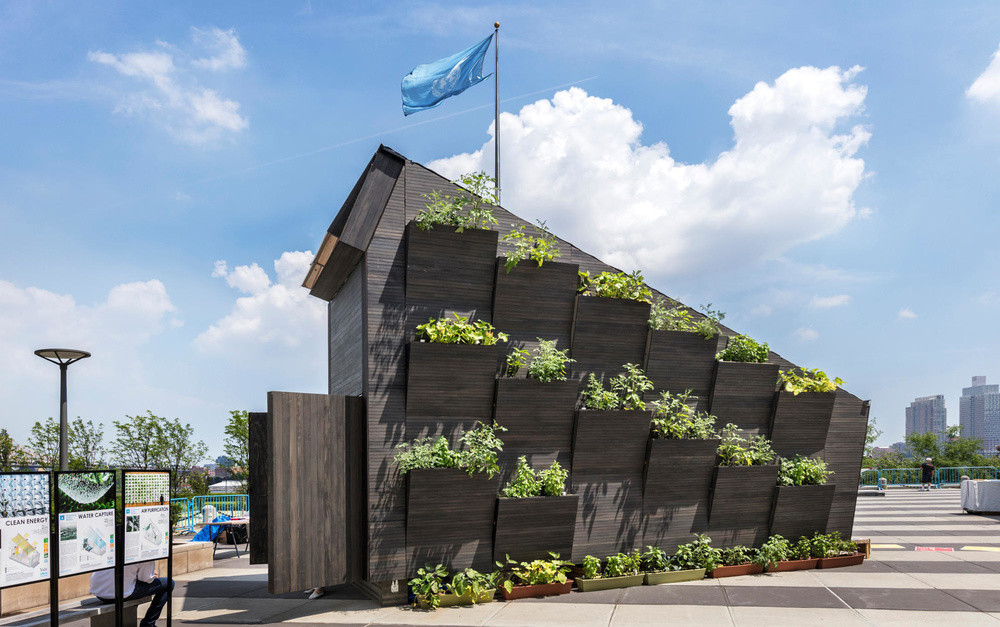 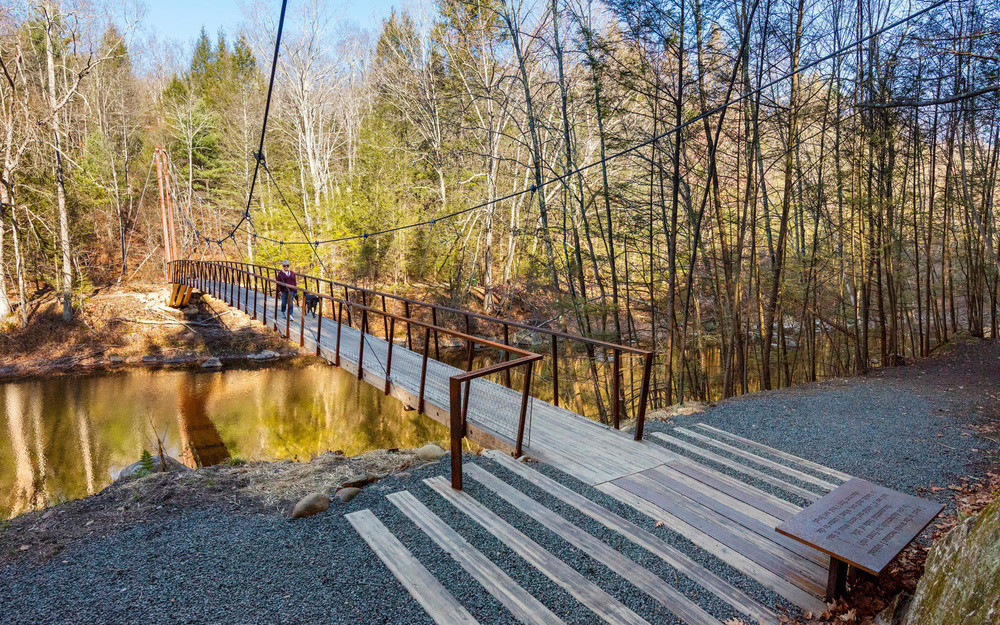 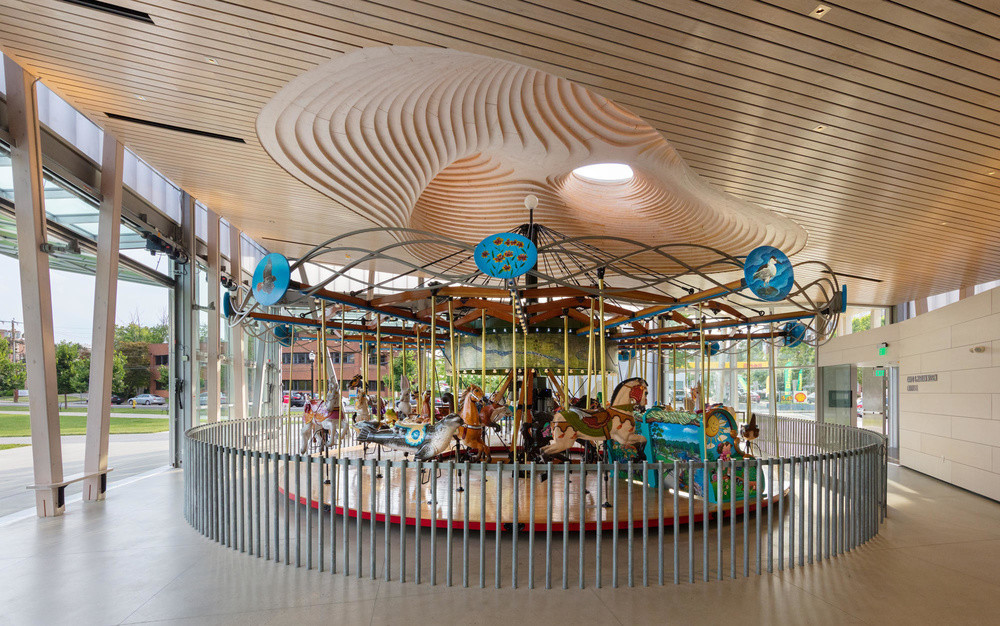 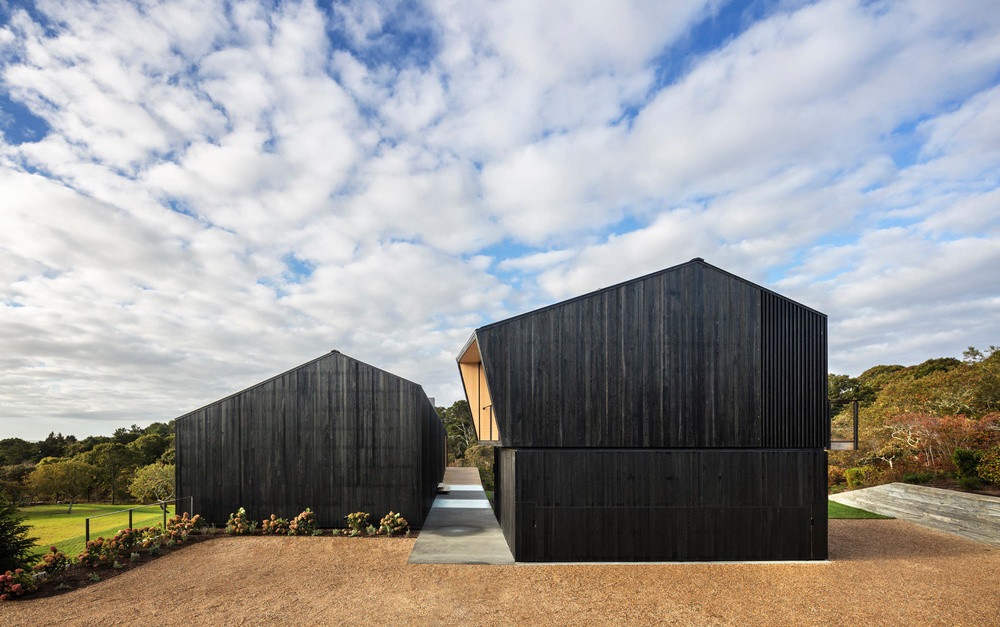 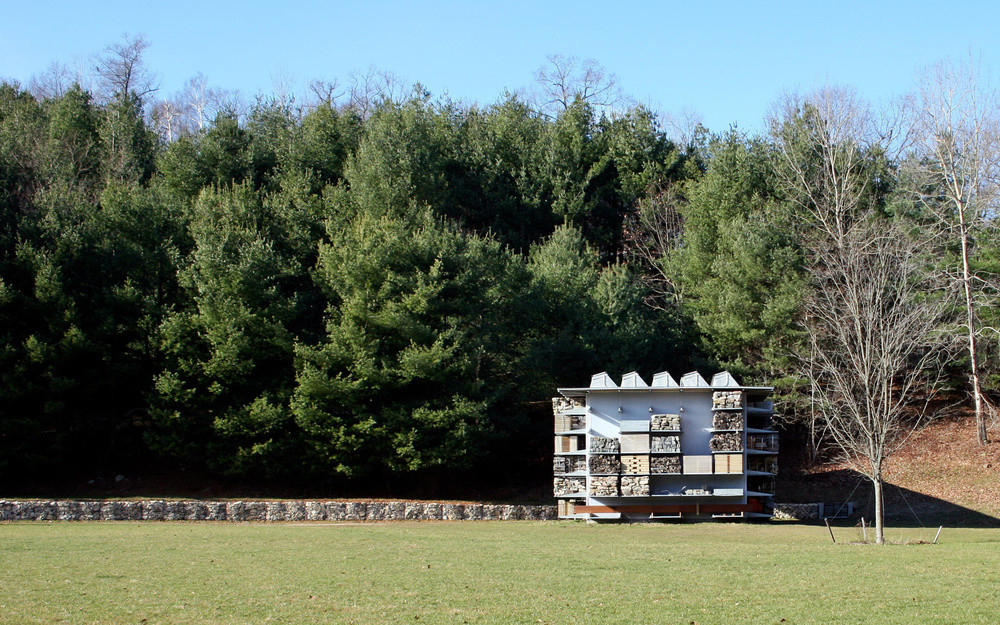 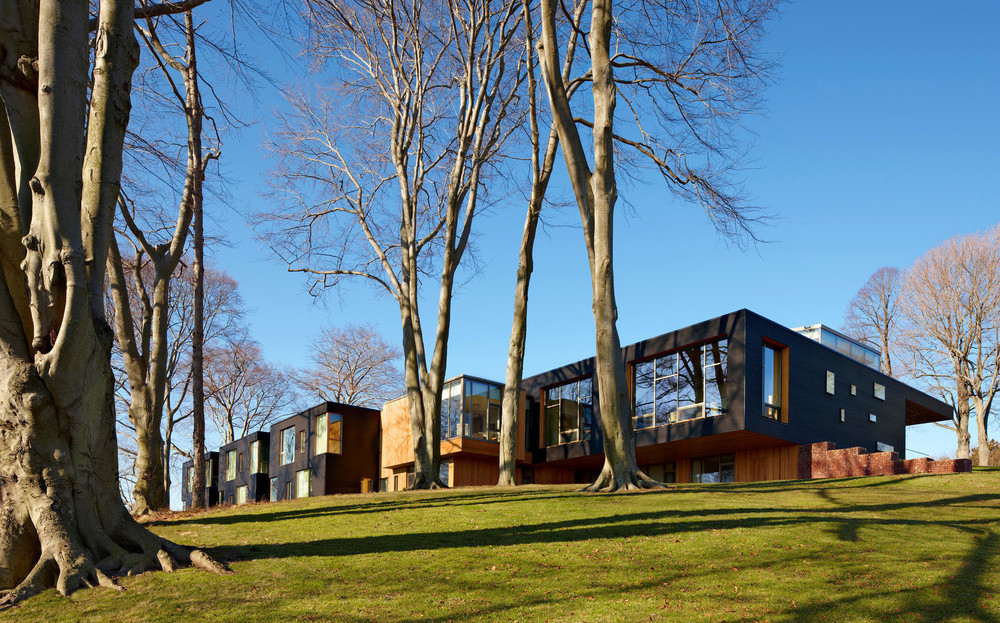 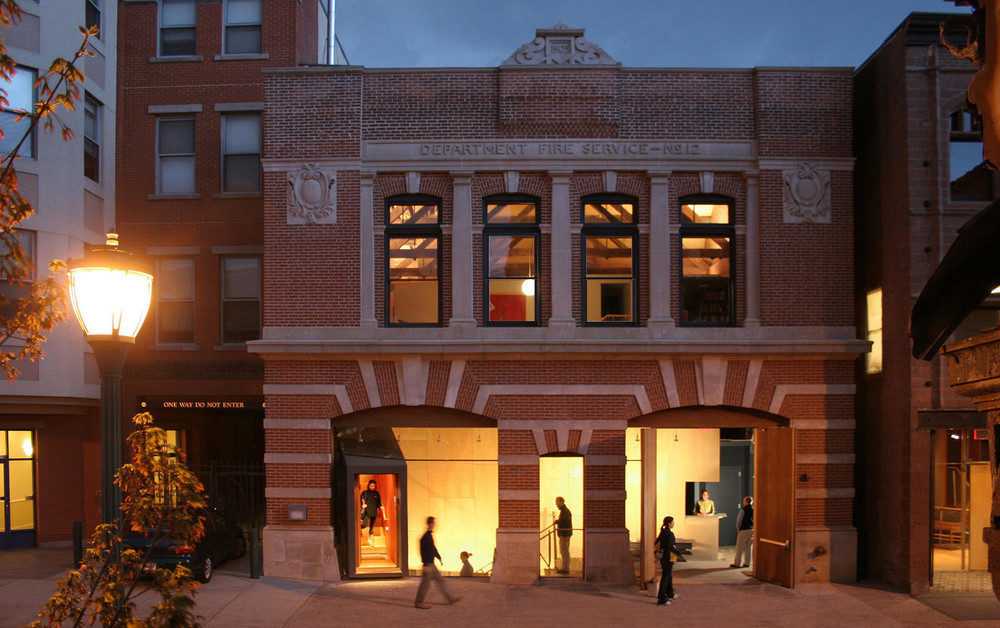 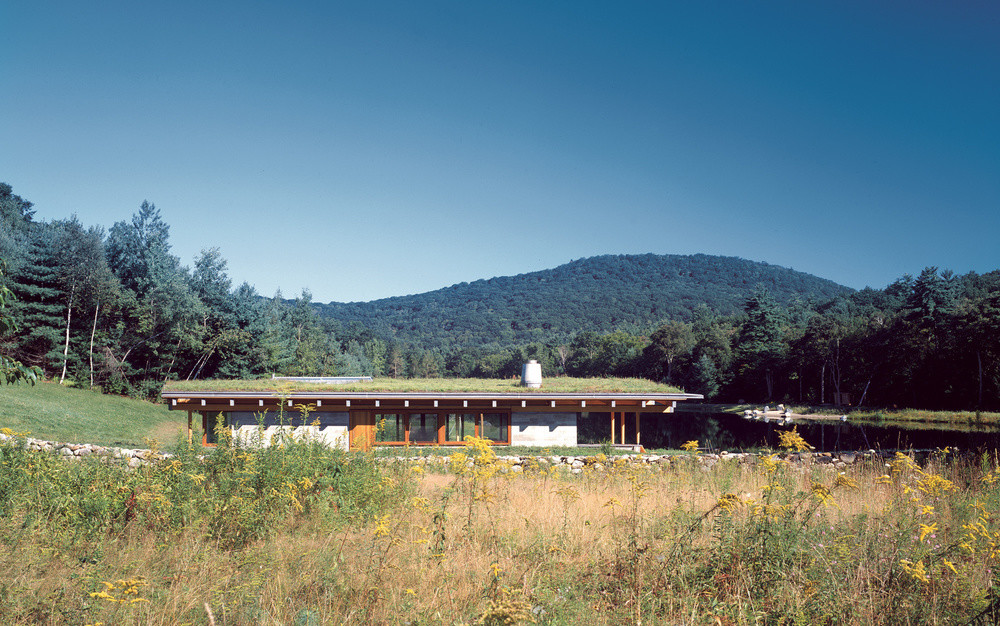